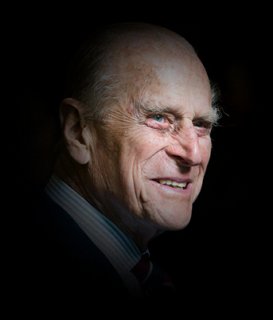 A simple service of Remembrance for HRH The Duke of Edinburgh is being held at All Saints, Mattishall on Friday 16th April at 6pm, the time many such services are happening across the country. This service is open to all, but we hope will be of relevance to anyone who has felt the Duke’s loss personally or who has been influenced by his life of service and charity work.

The service will include a few personal tributes to Prince Philip. If you have any that you would to be considered for inclusion, please pass them onto to Mark.

Mourning the Loss of HRH The Duke of Edinburgh

It is with sadness that we announce the death of Prince Phillip, and offer our condolences and prayers to Her Majesty The Queen and all the Royal Family.

A special prayer for the Prince.

God of our lives,
we give thanks for the life of Prince Philip,
for his love of our country,
and for his devotion to duty.
We entrust him now to your love and mercy,
through our Redeemer Jesus Christ. Amen.

If you wish to offer your condolences you can do so here: Remembering his Royal Highness Prince Philip.

Local arrangements will announced as soon as they have been made.

King of Kings sung by the Rootham family

The Roothams have created another video of a worship song. This time it is "King of Kings" and can be seen HERE. Do take a look. Enjoy it and worship with them! 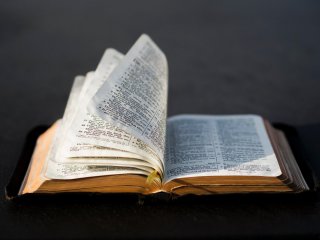 Dear all,
With the next stage of lockdown easing due on 17th May, we have only planned services up until 16th May. From the Sunday after Easter, we will be having services in 2 churches each Sunday (one at 9.00 and one at 10.30) as well as continuing with the Zoom service at 10.00. Current plans are as follows:

Please note that we intend to have the annual Parker Sermon service in All Saints, Mattishall at 18.00 on Sunday 9th May. More details on that later.

Over the next couple of months we have our annual meetings around the benefice. Each parish has its own meeting, when churchwardens are elected together with other lay people who serve as part of the leadership of their parish and the wider church. There are two annual meetings, often run together, one which just elects the churchwardens, called the Annual Parochial Meeting (APM) and the other that looks at the financial health of the church, and conducts the other elections, called the Annual Parochial Church Meeting (APCM).

Covid-19 restrictions means that we will be doing things differently this year. For the parishes of East Tuddenham, Mattishall, North Tuddenham and Yaxham, we will be running them online using Zoom. For Hockering and Welborne we are splitting the two parts onto two dates - the APM after a church service and the APCM in May.

The official notices are uploaded onto the resources section of this website here, but here is the summary of what they say:

East Tuddenham: APM & APCM on Tue 20 Apr 21 at 19:30 at tinyurl.com/MATV-APCM. There are elections for 2 churchwardens and 6 PCC members.

Mattishall: APM & APCM on Wed 21 Apr 21 at 19:30 at tinyurl.com/MATV-APCM. There are elections for 2 churchwardens, 6 PCC members, and 3 Deanery Synod representatives.

North Tuddenham: APM & APCM on Thu 22 Apr 21 at 19:30 at tinyurl.com/MATV-APCM. There are elections for 2 churchwardens, 4 PCC members, and 1 Deanery Synod representatives.

Yaxham: APM & APCM on Mon 19 Apr 21 at 19:30 at tinyurl.com/MATV-APCM. There are elections for 2 churchwardens, 5 PCC members, and 1 Deanery Synod representatives.

Churchwardens are elected every year, but because we missed out elections last year at all the parishes except East Tuddenham, we have elections for Deanery Synod Reps and two years worth of PCC members as well. If you would like to consider election for any of these important roles, or would like to suggest to someone else you know that they consider it, please find nomination forms also in the resources section of the website here. 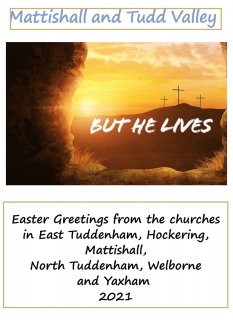 Everyone in the benefie should have received their Easter booklet by now, but a downloadable copy is available from HERE too. 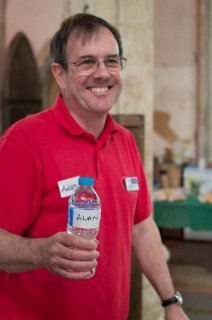 The last year and a bit have been hard for many, many people. Even for some of us oldies (I’m pushing 63 myself), it has been a time unlike any other we can remember. The huge change since early 2020 has been a shock to the system. Early on things were changing rapidly, but as the months wore on, so many of us became tired, so very tired. Now, there is hope that the darkest days are generally behind us, though thousands upon thousands of families have lost loved ones and many who have had Covid-19 are still struggling with ongoing symptoms. For some, such difficulties are still to come.

So where has God been in all this? For Christians, this sort of question is difficult to answer. I don’t think any Christian can honestly say they have the complete answer.

However, we do know someone who does and it is someone who has suffered immense pain and suffering himself. The bible teaches that Jesus was “in very nature God”, yet was born as a human being into this world where there was so much pain and suffering. He knew and knows what it is to suffer.

There was a state-sponsored attempt on his life as a baby, he was a refugee as a baby, he was brought up in an ordinary family in an occupied country and when he began his public ministry around the age of 30 he had “nowhere to lay his head”. He was betrayed by a close friend, arrested, beaten, scourged and then nailed to a cross to die a horrific death. On top of that was something that we struggle to understand, his abandonment by his Father. On the cross Jesus cried out, “My God, my God, why have you forsaken me?!” Those words are the opening line of Psalm 22, one of the psalms that he, as a Jewish man, would have known by heart. It was this psalm, which Jesus prayed on that cross.

Yet, the day Jesus died, the day we call “Good Friday”, was followed by Easter Sunday. Jesus had died on the cross to pay for our sins (the actions and attitudes that separate us from God), to make a way back to God for us. His Father demonstrated his acceptance of what Jesus did by raising him from the dead early that Easter Sunday. There was an end to the darkness.

Those who love and follow Jesus Christ, who know his forgiveness, have a hope that God has given us. If you read the whole of Psalm 22, you will see that despite the horror of the first verses the psalmist (King David) is able to trust God through that horror and have hope. It isn’t a wishful thinking, but a hope based on the God that David knew. For Christians, things are clearer than they were for the David, who lived hundreds of years before Jesus did. For Christians we can see that Jesus conquered death and promised the same for those who turn to him.

Maybe we will get back to some sort of normality this year, but there will always be things that life will throw at us, things we can’t handle. Yet there is a God who loves you, who wants to be with you through those bad things (and in the good things too). In the relatively comfortable West, we so often ignore him, yet elsewhere in the world many people are driven by their circumstances to look at what is really important in their life. They have come to the conclusion that what matters above all else is knowing the God who loves them. Covid-19 has turned our lives upside down. May it lead to us knowing that what matters above all else is the same for us too, knowing the God who loves us, both now and for all eternity. Want to know more? Grab yourself a bible and read about what Jesus said and what Jesus did in the New Testament. Maybe you heard about some of it when you were young and in Sunday School and have distant memories of it. If you look again now and dig deep, you’ll meet the Jesus who has been through it all himself and wants you back.

The recordings of the Remembrance Sunday service are now available. The audio recording can be heard from the Resources section of this web site or directly from HERE and the video recording is available from our YouTube channel HERE.

With the new lockdown now in place in England, there are restrictions on how worship can take place. Basically, we cannot hold our normal services inside our church buildings and most are reluctant to hold entire services outside due to the complexity of ensuring (= policing) social distancing, particularly if there are large numbers of people involved. For example, Mattishall normally has about a couple of hundred people involved in the first part of the service on the village green, finishing off the service inside All Saints. Mattishall Parish Council had cancelled the outside part of the service because of the problems involved in social distancing and how that would detract from the atmosphere of a respectful act of remembrance.

Before the new lockdown was announced last weekend the benefice staff team had organised local services, but on Monday afternoon started organizing a suitable Zoom service. Just after we finished the organisation, the Prime Minister announced that outside services could be held under certain stringent, documented conditions. With the problems with outside services under lockdown mentioned above we decided to proceed with the Zoom service this Remembrance Sunday as planned (apart from a short service totally outside at Yaxham, which had been the original plan there anyway).

This Sunday's Zoom Remembrance Service will include the reading of the names from all our benefice parishes who fell and thus the timing of the service is a bit more complicated than usual. We are still working out at what time we will start the service, but will let you know soon.

So, please do join us for our Remembrance Service on Zoom on Sunday and invite those you know who would normally come to Remembrance Services in our church buildings. The Zoom connection details are the usual details for each Sunday, but I have put them below anyway.

Dial by your location

Hope to see you on Sunday.

Under the proposals announced by the Prime Minister on 31st October, church services are to be severely restricted for some weeks. The proposals will be voted on in Parliament before implementation, but if they are passed unamended it will mean we cannot have Remembrance Services in our churches as planned on Sunday 8th November.

There is a benefice staff meeting on Monday 2nd November and shortly after that we hope to have more information on what we intend to do on 8th November.

Details of the government's intended lockdown rules for churches can be found at https://www.gov.uk/guidance/new-national-restrictions-from-5-november#weddings-civil-partnerships-religious-services-and-funerals

Always be the first to know. Tailor your email update to suit your preferences. You can set it to check for updates to the site at a frequency that suits you. You will only be mailed when there is new content.